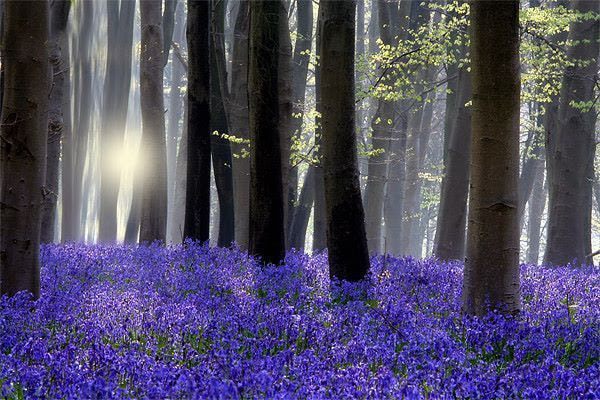 A Combination of the Nine sacred woods of BealtaineIt is at this time of the year we give thanks to the beal or 'shining one” - Father Sun. The Bealtaine celebration is to honour the return of the Summer light and growth. It marked the transition from the season of rebirth to the season of planting and the fattening of animals – the most important period of the year, if communities didn’t want to go struggle for food during the Winter.

It was believed that those watching from hill of Tara close by, then lit their fires using the lucky flames of Uisneach. Then, throughout the lands of Ireland, the spreading of the fire’s magic was passed from community to community, using torches and cinders that had come from the original Uisneach fire.

It was never simply a case of throwing whatever wood came to hand for the lighting of the Bealtaine fires of long ago. ​The balance between the natural world and the spiritual world is so delicate at this ancient celebration, it was important that the right trees are chosen. Certain types of trees were carefully selected for their magical properties, while thanks was given to each tree for its blessings and gifts.

The Bealtaine fires became known as the “nine sacred woods of Bealtaine”.

The nine sacred woods of Bealtaine are identified as birch, rowan, ash, alder, willow, hawthorn, oak, holly, and hazel all in part of the Ogham tree magic cycle.

The trees played a significant role in the Bealtaine celebration with the belief that the spirit of the trees selected could bestow powerful blessings because of their magical associations.